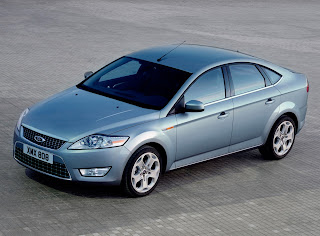 American car buying trend has shown decrease in percentage drop since years back. Beside Honda, who is a car sale champion, the rest has shown their improvement in the sales. Led by Ford, the automotive industry in US just decrease 10.7 %, which the lowest decrease compared the the sales in year 2008. Even Chrysler, which emerged from bankruptcy protection early in June, saw its year-over-year sales decline shrink, and analysts say that’s among the signs that an auto industry slump that began with $4 per gallon gasoline last summer could be leveling off.

Factors such as a slowly improving economy and government incentives of up to $4,500 to trade in inefficient clunkers for new vehicles could lead to modest improvements in the second half of the year, he said. And while Chrysler’s sales results were dismal, the figures were roughly in line with analyst estimates and reflect a company that is in a major transition following bankruptcy protection and new focus on more fuel efficient vehicles.

Economists say there are signs that the economy is recovering, with housing starts rising more than expected in May and wholesale prices remaining in check. But the Conference Board reported Wednesday that consumer confidence fell unexpectedly in June.

GM’s decline improved when compared with previous months even though it entered Chapter 11 bankruptcy protection on June 1. GM plans to sell or close Pontiac, Saturn, Hummer and Saab to focus on four core brands — Chevrolet, Cadillac, GMC and Buick.

At Chrysler, though, the company sold only 68,297 cars and trucks last month as it emerged from bankruptcy protection, and many of those were due to strong incentives of more than $4,800 per car, according to Edmunds.

Analysts predict that June sales, adjusted for seasonal variances and multiplied to determine an annual rate, could top the 10 million mark for the first time this year. During several months earlier in 2009, U.S. car and truck sales dropped to a rate of about 9 million vehicles, a huge reduction from more than 16 million as recently as 2007.